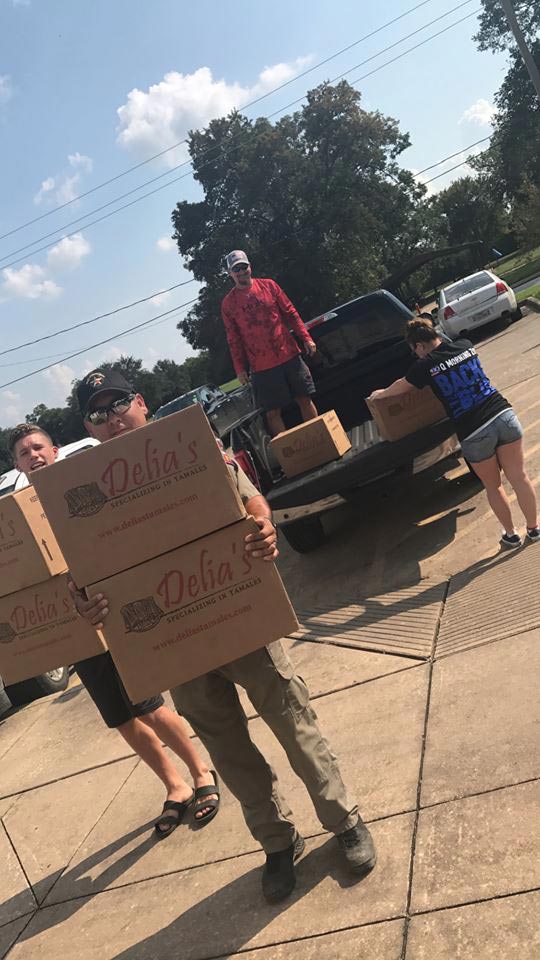 In late August 2017, the world witnessed Hurricane Harvey bringing record-breaking winds and flooding as well as untold amounts of damage to the Lone Star State. Countless Texans lost their possessions and were left without power and running water, making it difficult to get back on their feet. We immediately took action and decided to do our part in helping with relief efforts.

Hurricane Harvey shook the State of Texas to its core and donation drives were held while large trailer trucks with supplies made the trip to communities that were most affected. Common items being donated were bottled water, toiletries, canned food and clothing. Our own Delia herself wanted to help in any way she could. One can only go without a hot meal for so long, and she knew that her tamales, along with many other supplies being donated, would help.

Delia had this to say about the situation, “The situation is so, so sad and it’s so hard to see countless people left without anything. This can happen to any one of us here. All of this is very hard for me to see. Seeing these people in need is what motivates me. Helping people is what I love to do and I’m still looking at how else I can help. God willing, I plan to continue helping the people that have been affected by this.” 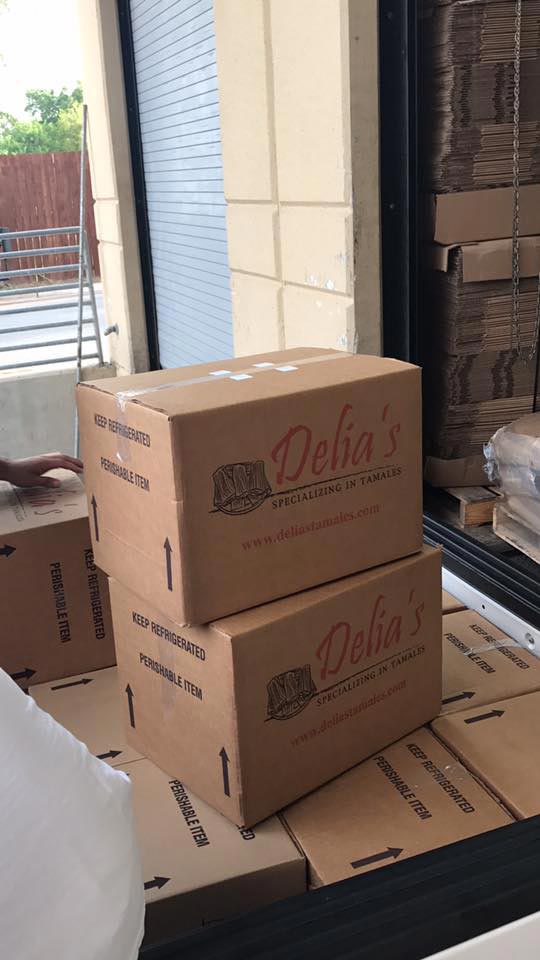 Phone calls were made as thousands of tamales were being prepared. John King, the owner and CEO of Imagine It Studios (the company that handles our website), was also ready to help out Delia and the relief efforts. “When Delia’s mentioned that they wanted to help the victims of Hurricane Harvey, we immediately reached out to DeAnne Economedes from the RGV Food Bank to coordinate the efforts. The only problem was transportation. Delia’s needed a truck and someone to get the tamales to them. Fortunately, I have a truck!”

Along with help from the RGV Food Bank, the tamales made their way to the cities of:

“It was a tremendous feeling to help out the people of Taft and the rest of the Coastal Bend. The people were so thankful to receive a warm meal. It was truly a blessing to be a part of this,” John concluded. Those fed consisted of both victims of the storm and members of the Texas National Guard who were there to help them.

Help Those in Need

Please do your part in helping the victims of Hurricane Harvey. Donations are still being accepted and we hope that you’ll contribute!